The 4 Toxic Employees Who Will Help You ‘Build Your Resilience’

The 4 Toxic Employees Who Will Help You ‘Build Your Resilience’

During your career, it’s almost inevitable that you will find yourself in a workplace which may initially seem great, but then you begin to notice the cracks; it may be a team member who is undermining your authority as a leader or someone who instils negativity in their colleagues.

Or you may have a new employee join the team, and suddenly the morale of everyone starts to drop.

It doesn’t take much for a workplace environment to become toxic – sometimes it just takes one person to be the downfall of a great company culture.

Good workplace culture relies on mutual respect and psychological safety for everyone. It should be a place where inclusion and diversity are welcomed, where individuals’ ideas are heard and respected, and where everyone feels part of the bigger picture – working in collaboration to achieve success for the team.

A toxic colleague will undermine the best–laid plans for inclusivity and employee wellbeing, disrupting initiatives and generally affecting the entire team.

So, who are these toxic colleagues, and, as a leader, how can you deal with them?

In this article, we’ll look at some of the main types of toxic employees you may encounter, and how you can use your resilience to overcome their negativity and encourage an ethos of collaboration and positivity in your team. 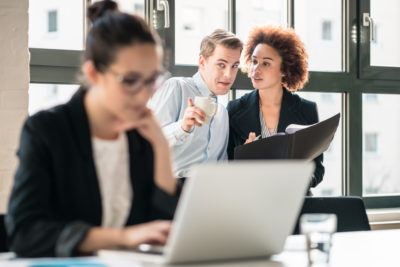 “Did you hear about so-and-so?”

The Gossip is the colleague who’s always by the kettle or water cooler, loitering in cubicles or hanging out in the corridors, whispering into someone ear. They like nothing better than stirring things and spreading ungrounded rumours.

Now, its good for employees to be friendly and chat. The problem with The Gossip is that they spend too much time chatting, and sometimes their ‘chat’ is malicious.

They aren’t doing their job if they are constantly talking, and if the talk is designed to stir up trouble, then it’s going to have a negative effect on your team. This can often result in office politics and dramas for you to handle, so its best to nip it in the bud.

To deal with The Gossip, it’s worth considering an open office plan. While this may seem counterproductive, you may well find that by creating an open space you minimise the opportunities to gossip (after all, it’s very easy to hunker down with a friend in a cubicle out of sight and chat).

Additionally, allow your team plenty of time during breaks and lunch to talk, so when they return to their desks, it’s to work.

If a team member persists in gossiping, it’s time for a one to one chat with them about their behaviour and the effect on the rest of the team.

How often have you heard this in the workplace?

Some employees are outraged to be asked to do anything they consider out of the range of their contract. They will do anything to avoid work, often coming up with quite creative responses, slipping under the radar wherever possible or persuading co-workers to help them out.

The Stickler is the person who is determined to stick to their job description and refuse to help with anything else.

They will take advantage of an offer from a colleague to help, then leave them with the work. They tend to have low (or no) motivation, and lack of enthusiasm for projects.

The best way to address The Stickler is to give them specific projects to handle, making them responsible for completion and outcomes. Additionally, requesting regular reports will make sure they have to produce tangible evidence of their work.

You may find that, given this level of accountability and responsibility, they begin to pull their weight and may even feel more valued as a result – even if it wasn’t in their job description! 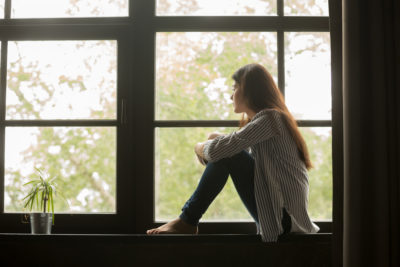 We all have off-days. But some people descend on the office like a black cloud of doom and affect everyone near them. The Mood-Hoover literally hoovers up all the positivity in a team.

The Mood-Hoover complains about everything – from the quality of the coffee to the weather; the amount of work they must do to the state of the nation. And their negativity soon seeps out into the team.

Address this by using your active listening skills to ascertain if there is a specific reason for The Mood-Hoover to be unhappy. If there is – and you can fix it– then it’s a win-win situation. You could even find that The Mood-Hoover initiates progress for everyone with their suggestions for improvement.

But if it’s just a case that they are grumpy without reason, they need to make a concerted effort to change before they damage the productivity and wellbeing of the entire team. 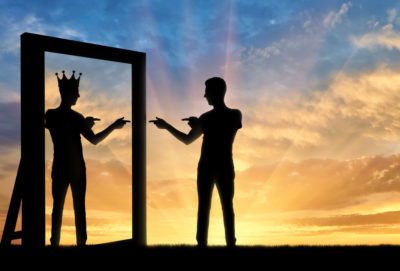 I’ve left this one until last because sometimes this can be one of the hardest to deal with. Narcissists are masters of disguise; they often come across initially as great colleagues.

Initially enthusiastic and hardworking, you may think they’re a great addition to your team. Their work ethic seems admirable, and they are full of good ideas.

It may be some time before you begin to think all is not as it should be.

Narcissists think they know best, and that their way is the only way. They are not team players and will look to undermine other’s opinions. At their worst, they are unable to take responsibility for anything that goes wrong, happily pushing colleagues under the bus before moving on to their next great idea.

You can avoid employing a narcissist by observing their behaviour at the interview. They will be polite and enthusiastic with the hiring manager, but how did they treat other members of staff? Ask your receptionist how they found them?

Narcissists are notorious for have a disregard for anyone they don’t see as important or able to help them in their own career. So be wary of how they act with other people.

Their references may also be a giveaway – have they had a lot of job roles with different companies over short time periods? How do previous employers rate their teamwork?

A toxic employee is much worse than an employee who just isn’t very good at their job.

A toxic colleague reduces the performance of the whole team. I’ve seen companies where an entire team has sought employment elsewhere because of one person.

Extreme, I know, but it does happen.

Firing a toxic employee isn’t always the answer and should only be used as a last resort.

It’s much better to use your leadership skills to try to get rid of the behaviours and keep the person. In many cases, individuals aren’t aware of how their toxicity is affecting others, or even that they are behaving in this way.

Having a conversation with them may be difficult initially, but it’s the start of building bridges and helping them identify their behaviour, develop self-awareness and strive to become a better team player.

Additionally, you can set the bar for your team by leading by example, making sure your own self-awareness and resilience inspires and motivates your team and encourages a positive company culture for everyone.

At blue pea POD, we are in the business of enabling leaders and organisations understand who they are, their identity and purpose, creating the profitable future they desire now.

Blue Pea POD works internationally with a client base that includes the FMCG, Retail, and Pharmaceuticals sectors. You can subscribe to our podcast here and then if you would like to find out more about how we can help you get in contact here. Or call +44(0) 845 123 1280

Free Report For Leaders Reveals…
How To Become A Resilient Leader